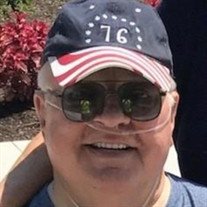 William “Harvey” Thrailkill Jr. was called home to be with his Lord and Savior, Jesus Christ on March 25, 2020 in Fayetteville, Arkansas. Harvey was born March 8, 1947 in El Reno, OK to William Harvey Thrailkill Sr. and Carol Pauline (Reed) Thrailkill. Harvey graduated from El Reno High School in 1965. Then by September of that year, he joined the United States Air Force and served in Vietnam from January 1968 to January 1969; he was proud to be a veteran and loved his country. On January 29, 1966 he married the love of his life, Waynetta Lee Entrekin. After his time in the military he attended Southwestern Oklahoma State University and received his Bachelors of Science in Pharmacy. Harvey found a passion for working on computers and later became a computer engineer. Harvey and Waynetta were members of First Baptist El Reno until they moved to Fayetteville, where they became members of the Harbor Church of NWA. The two of them loved to pour into the lives of others. They alongside Donnie and Deb Dunkin started the Great Commission Missions Inc. in 2006. This ministry continues to provide food for hundreds of children in Malawi, Africa. Harvey loved spending time with his family, especially his grandchildren. He enjoyed working on the computers and traveling. He will be deeply missed by his family and friends for his kind heart and remembered by them as their Superman. Harvey is survived by his wife of 54 years, Waynetta Thrailkill; two sons; Kevin Thrailkill and wife Amy and Kasey Thrailkill and wife Gina; 10 grandchildren, Logan, Sydney, Austin, Habbakkuk, Chloe, Carson, Nahum, Kegan, Titus, and Kirith; and sister, Carol Ann Holtorff and husband Louis. He is preceded in death by his parents; William and Carol Thrailkill.

The family of William Harvey Thrailkill created this Life Tributes page to make it easy to share your memories.

William “Harvey” Thrailkill Jr. was called home to be with his...

Send flowers to the Thrailkill family.