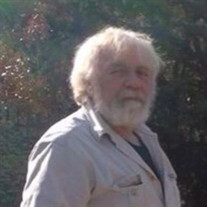 Terry Lee Wallace, 63, of Kingfisher, OK, peacefully passed away, surrounded by loved ones, on November 7th after a short battle with esophageal cancer. After an eventful childhood, Terry met Brenda (Hutchinson) Wallace in high school; they fell in love and wed April 5, 1978, becoming lifelong partners of forty-three years, going on to have two children, Kelly and TJ – both of Kingfisher. Terry was a force of nature, determined to provide for his family. His family meant more to him than anything else in the world and always tried his best to support them. He was a strong, kind, loving, and a supportive husband and father and grandfather. His knowledge and guidance were the foundation of his family. Terry was also an avid motorcyclist, passionate gardener, and animal caretaker. In his early years, he spent most of his time riding motorcycles with his family and friends across Arkansas and Oklahoma, and in retirement spent much of his time outdoors by tending to his garden and spending time with his four dogs, especially Buddy. He is survived by his wife, Brenda Wallace; his children, Kelly (Wallace) Lukasek and husband (Shane Lukasek), and TJ (Terry James) Wallace and wife (Chelsea Wallace); and his six grandchildren, Spencer Lukasek and wife (Kassie Lukasek), Keelyn Lukasek and fiancé (Braxton McCue), Lennon Lukasek, Landry Lukasek, Cohen Wallace, and Cameron Wallace; his sister, Mattie Dedmon; his brothers Jerry Boutwell, Harold Ransom, and Michael Ransom. A private memorial will be held in celebration of his life. The family requests in lieu of flowers and notes for donations to be made to St. Jude’s in his memory.

Terry Lee Wallace, 63, of Kingfisher, OK, peacefully passed away, surrounded by loved ones, on November 7th after a short battle with esophageal cancer. After an eventful childhood, Terry met Brenda (Hutchinson) Wallace in high school; they... View Obituary & Service Information

The family of Terry Lee Wallace created this Life Tributes page to make it easy to share your memories.

Send flowers to the Wallace family.