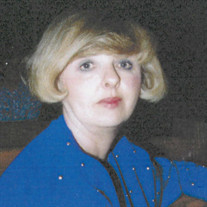 Lynn Elizabeth Lensgraf, 72, of Plano, Texas, passed away on February 27th after a long battle with lung disease. Lynn was born on August 27th, 1949, to John and Charlotte Dillon in Oklahoma City OK. After graduating from Paschal High School in 1967 she went on to study English literature at University of Oklahoma and the University of Texas earning a Bachelor of Science degree in Education. After graduation from the University of Texas in 1971, she landed her first job as an English teacher in Richardson, TX ISD. She continued her teaching career as both a substitute and full-time teacher in Tyler, TX, Gastonia, NC and Fort Worth, TX before retiring from teaching. While attending the University of Oklahoma, Lynn met her former husband, Eric Lensgraf and following her graduation from college, they were married in 1972, going on to have two children Mary Katherine Lensgraf and John William Lensgraf. Lynn’s passions throughout her life were her deep faith, her children, her dogs, collecting antiques and decorating. After retiring Lynn actively continued with these pursuits until her death. Lynn is predeceased by her parents and her sister, Anne Graham. She is survived by her daughter, Mary Katherine (Lensgraf) Cherry and husband Dennis, her son, John William Lensgraf, her brother, John A. Dillon and wife Melissa, her niece Holly Henderson and husband Jim, and nephews Steven Keller, Zachary Henderson, Ian and Blake Dillon. A funeral service to honor the life of Lynn will be held at 11:00 a.m., on Saturday, March 5, 2022 at Wilson Funeral Home with Rev Colton Lott officiating. Burial will follow in the El Reno Cemetery. Viewing will be held at the funeral home from 9:00 a.m. – 6:00 p.m., Friday, March 4. In lieu of flowers memorial donations may be made to an animal shelter of your choice.

Lynn Elizabeth Lensgraf, 72, of Plano, Texas, passed away on February 27th after a long battle with lung disease. Lynn was born on August 27th, 1949, to John and Charlotte Dillon in Oklahoma City OK. After graduating from Paschal High School... View Obituary & Service Information

The family of Lynn Elizabeth Lensgraf created this Life Tributes page to make it easy to share your memories.

Lynn Elizabeth Lensgraf, 72, of Plano, Texas, passed away on...

Send flowers to the Lensgraf family.