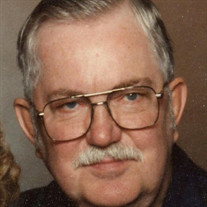 Louis “Lou” John Ernest Holtorff left his home to be with the Lord on Tuesday, July 21, 2020. Lou was born on February 18, 1936, in Elmhurst, IL to Ernest Louis Holtorff and Lydia Wilhelmina Brockmann Holtorff. At age 4, when his mother died, Lou stayed with his Opa and Oma Holtorff and visiting their summer house in Mercer, WI, became a very special memory. About age 6, Lou, his dad and new stepmother, Louise Bolt Holtorff, moved to a farm in Warsaw, IN. Louise and her family were a great blessing in Lou’s life. In Lou’s junior year in high school, the family moved to California, and he graduated from Torrance High School in 1954. In 1955 Lou began his military service in the U.S. Army 6th Infantry Division, Fort Ord, CA. One highlight of Lou’s service was his 2 years in Alaska. He was on the Commanding General’s Rifle Team; also Lou extended his stay by 2 weeks in order to celebrate the new statehood of Alaska. Eventually Lou returned to Chicago and on August 18, 1973, Lou married the love of his life, Carol Ann Thrailkill. In July 1975, Lou’s precious daughter, Lydia, joined them. In 1984 they moved to El Reno, OK, Ann’s hometown. Lou, like his mother, Lydia, had a beautiful voice and sang many solos at church and family get-togethers. He liked to work in warehouse inventory control; Lou enjoyed gardening and working in his workshop. Lou is survived by his wife, Ann, of the home, his daughter, Lydia and husband, Benny Pierce, Oklahoma City, his granddaughter, Rene Perkins, Oklahoma City, his sister-in-law, Waynetta Thrailkill, Bentonville, AR, a host of cousins, family and friends. Burial was Friday, July 24th, in the El Reno Cemetery, and a memorial service was held at The Church of Jesus Christ, Restoration Branch, Oklahoma City, on Sunday, July 26th. Our deepest gratitude to family, church, friends, neighbors, the Veterans Administration Medical Center in Oklahoma City, Mercy Home Health Nurses in Mustang, Dr. Branson Kester and staff at the Mercy Hospital Swing-Bed Unit in Kingfisher, and Russell Murray Hospice in El Reno, for the prayers and love extended to us. A time of viewing and visitation for Mr. Holtorff will be from 11am-1:30pm on Friday, July 24th at Wilson Funeral Home with a graveside service following at 2pm at El Reno Cemetery.

The family of Louis Holtorff created this Life Tributes page to make it easy to share your memories.

Louis “Lou” John Ernest Holtorff left his home to be with the...

Send flowers to the Holtorff family.