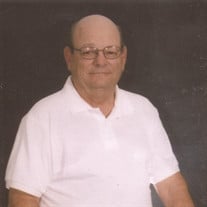 John “Johnny” Neil Hampton, 75, of Oklahoma City, Okla., passed away April 21, 2018, at 11:20 a.m. Memorial service will be held at Discovery Church, 900 E. Main St., Yukon, Okla., on Friday, April 27, 2018, at 1 p.m. There will be a viewing at Wilson Funeral Home, 100 N. Barker Ave., El Reno, Okla., on Thursday, April 26, 2018, between 5 p.m. to 8 p.m. Pastor Kevin Fouts will be officiating. In lieu of flowers, you can send donations in Johnny’s memory to American Diabetes Association online: https://dontations.diabetes.org/site/donations or by phone, 1-800-342-2382, or by mail, P.O. Box 15829, Arlington, VA 22215. Johnny was born in Oklahoma City, Okla., on Oct. 5, 1942. He graduated from Capitol Hill High School in Oklahoma City. Johnny was married to his first wife, Linda Kay Hampton on Feb. 27, 1965, in Chandler, Okla. They were married 28 years prior to her passing on March 11, 1993. Johnny married his best friend and second wife, Judy Kay Hampton on April 1, 1994, after a short courtship of five weeks prior to their wedding. Johnny and Judy had just celebrated their 24th anniversary this year. Johnny was a painter and craftsman. He worked for OPUBCO as a painting foreman for 34 years. Johnny was a dedicated and loyal worker and he prided himself on never missing a day of work. Johnny was an avid fisherman, camper and gardener. He loved to play cards, refinish furniture, OU football and attend his church Sunday school group every Wednesday and Sunday. Johnny never met anyone he didn’t like nor had a bad thing to say about anyone. He loved life and there was always a silver lining to every obstacle which life brought his way. Johnny was a dedicated and loyal husband, father and friend. He had a very close relationship with God, he did not fear death and knew when his time came he welcomed his journey home to heaven. Johnny would not want any of his loved ones who he left behind on earth to be sad but to be joyful he has found eternal life. Johnny Neil Hampton was a wonderful man and was golden. In the words of Robert Frost, “Nothing Gold Can Stay.” Nature’s first green is gold, Her hardest hue to hold. Her early leaf’s a flower; But only so an hour. Then leaf subsides to leaf. So Eden sank to grief, So dawn goes down to dusk. Nothing gold can stay. Johnny was preceded in death by his mother, Vera Hampton; wife, Linda Kay Hampton; father, John Neil Hampton Sr.; and son, Gregory Scott Horton. Johnny is survived by his wife, Judy Kay Hampton; daughters, Melissa D. Kernke, Rebecca D. Hampton and Jamie Horton; son, John Paul Hampton; granddaughters, Madison and Jordan Kernke; sons-in-law, Joseph Brian Kernke and Marcos David Hampton; sisters, Cherry Johnson and Janie Currier; brother, Richard Hampton; sister-in-law, Shirley Hampton; brothers-in-law, Eddie Johnson Sr. and Larry Currier Sr.; nieces, Sheila Propst, Corrina Lawson and Kara Green; nephews, Eddie Johnson Jr. and Larry Dean Currier; and many other cousins.

The family of John Neil Hampton created this Life Tributes page to make it easy to share your memories.

Send flowers to the Hampton family.