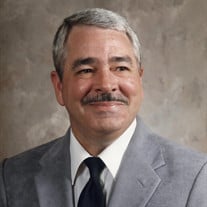 Proud U.S. Army and Coast Guard veteran, Gary D. Ford, passed away on March 21, 2022. He was born on February 17, 1948, to parents Thelma and Gary Ford in Alvin, Texas. Gary enlisted in the U.S. Army on June 6, 1966, in Oklahoma City and completed basic training at Fort Polk in Louisiana. He went on to complete advanced infantry training at Fort Ord in California and basic parachute training at Fort Benning, Georgia. He was assigned to Co. C, 6/9th Infantry, 171st Lt. Infantry Brigade, in Fort Wainwright, Alaska. On June 5, 1967, Gary reenlisted for Vietnam where he completed a tour in country from July 27, 1967, to October 2, 1967, with the 173rd Airborne Brigade. From October 1967 to February 1969 Gary volunteered for Co. F, Long Rage Patrol, 51st Infantry. In January of 1968 he was promoted to Sergeant and in June of that year he was assigned as the LRP Team Leader. Between the months of April and July of 1968 Gary completed 44 patrols and received two Purple Hearts. In May of 1968 he started an Extended Vietnam Tour and from February 15 to February 27, 1969, he was assigned to Company P, 75th Infantry Rangers. Upon returning home, he was assigned to Fort Benning, Georgia from April 4, 1969, to June of 1970. On June 5, 1970, Gary was discharged and then reenlisted on January 25, 1971, and he attended and graduated from U.S. Army Ranger School on September 2, 1971. He deployed to the Republic of Vietnam, arriving in January 1972 where he was assigned to the 196th Lt. Infantry Brigade. He completed his final Vietnam tour on July 27, 1972, after which he was assigned to Fort Carson, California, completing various duties from August of 1972 to October of 1973. Gary was discharged from the U.S. Army on October 25, 1973 and served with the Army Reserves and National Guard throughout the 70s. March 17, 1974, Gary enlisted with the U.S. Coast Guard. He attended abbreviated Coast Guard boot camp in Alameda, California. He then graduated from the Coast Guard Gunner’s Mate course on Governors Island, New York, on September 2, 1974. After that, Gary was assigned to Coast Guard Cutter USCGC Boutwell from September 1974 to March of 1978. He served as Watch Commander for one year and was discharged from the U.S. Coast Guard on March 17, 1978. After leaving the Coast Guard, Gary attended OSU Technical Institute from 1978-1979 where he received an Associate Degree in Police Science. He was hired by the El Reno, Oklahoma Police Department as a patrol officer. He worked in that position from January 1, 1979, until December 31, 1998. During that time, he received an Associates Degree in history from El Reno Jr. College in 1982. On January 1, 1982, he was promoted to Patrol Sergeant and then on February 16, 1985, he was again promoted to Patrol Lieutenant/Shift Supervisor. Gary retired from the El Reno Police Department on December 31, 1998, as a Lieutenant. On July 23, 1992, Gary received his Advanced Law Enforcement Certification from The Council for Law Enforcement Education and Training (C.L.E.E.T.). Upon his retirement, Gary worked for 26 months as a library aid at the El Reno Carnegie Library and in 1993 he published a book about his military career titled 4/4 A LRP’S Narrative. On May 11, 1990, Gary married his wife, Janice E. White. He had four children and multiple grandchildren from previous marriages. During his many years of service, Gary received several awards and decorations. These included the Purple Heart with Oak Leaf Cluster, the Good Conduct Medal/Army and Coast Guard, the Combat Infantry Badge, and was Airborne and Ranger qualified. Gary is survived by his wife, Janice Ford; children, Shane Ford, John Ford, William “Scooter” Ford, and Mary Elana; grandchildren, Brendon, Taylor, Matthew, and Makayla; and brother, Charlie Ford. He is preceded in death by his parents and brother David Ford.

The family of Gary D Ford created this Life Tributes page to make it easy to share your memories.

Send flowers to the Ford family.