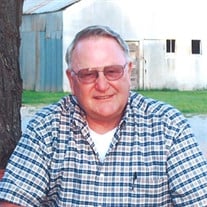 Donald ‘Don’ Joe Hardaway A Celebration of life for Don Hardaway will be held at 11:00 A.M. on Saturday, March 23, 2019 in the Mt. Zion United Methodist Church. Rev. Dianna Pruitt will officiate. Services are under the direction of Wilson Funeral Home. Don Hardaway passed away on March 9, 2019 at the First Shamrock Care Center in Kingfisher, Oklahoma at the age of 78. He was born on March 21, 1940 in Tullahoma, Tennessee to Herbert and Anna (Angel) Hardaway. Don Grew up in Tullahoma Tennessee and was a graduate of Tullahoma High School class of 1958 where he was voted ‘Wittiest” by his classmates. In the 1960’s he started working for Allstate Insurance Company in Dallas, Texas. In 1973 he was transferred by Allstate to Oklahoma City where he worked until the early 1980’s when he became an Independent Insurance Agent and opened his own agency, Metro Plex Insurance. He sold his Business and retired in 2016. He was a member of Mount Zion United Methodist Church where he served as a Youth Leader, Sunday School Teacher, and was on the Pastor Parish Committee and Finance Committee. Don was preceded in death by his parents, Hubert & Anna Hardaway, and his brother Herbert Hardaway. Survivors include: His Wife, Claudia Hardaway, of the home; Daughter Donna Wehmuller and husband Lloyd of Okarche, OK. son Andy Hardaway and wife Julia of Yukon, OK. son Del Hardaway and wife Dayna of Burkburnett, TX. son Paul Hardaway and wife, Lindsey of Yukon, OK. grandchildren: Olivia Wehmuller of Stillwater, Ok. Shelby Wehmuller of Calumet, OK. Molly, Meredith, and Luke Hardaway all of Yukon, OK. Allyson Hardaway of Edmond, OK. Brady, Blake, and Drew Hardaway of Yukon, OK. 2 brothers; Thomas Hardaway of Houston, TX. and Dennis Hardaway of San Antonio, TX. Numerous other relatives and many dear friends. Memorials may be made to Frontier Hospice, 221 North Service Road, Suite D, Moore, Ok. 73160

Donald &#8216;Don&#8217; Joe Hardaway A Celebration of life for Don Hardaway will be held at 11:00 A.M. on Saturday, March 23, 2019 in the Mt. Zion United Methodist Church. Rev. Dianna Pruitt will officiate. Services are under the direction... View Obituary & Service Information

The family of Donald Hardaway created this Life Tributes page to make it easy to share your memories.

Send flowers to the Hardaway family.