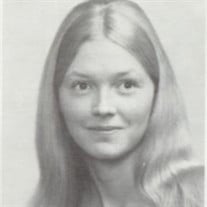 Deborah Lynn (Sessions) Major was born November 26, 1956 in Ardmore, Oklahoma and passed away January 25, 2022 in Kingfisher, Oklahoma. On May 14, 1976 she married Stanley Major in Kingfisher. Deborah worked various jobs throughout her lifetime. She loved spending time with her family and will be deeply missed by everyone she loved. Deborah is survived by her husband, Stanley Major, of the home; daughter, Jodie and Scott Weinmeister and their five children, of Kingfisher; daughter, Jennifer and Michael Gustafson and their four children and grandchildren, of Kingfisher; daughter, Jamie and Bryon Blankenship and their three children, of Bartlesville; son, Steven and Emilie Major and their four children of Guthrie; daughter, Jana and Darby Brooks and their two children, of Cashion; father, Gene Hendricks; brother, Bobby Sessions and child; and brother, Tom and Vicky Hendricks and their two children. She is preceded in death by her grandparents, Myrle and Josephine Sipe; mother, Willeta (Willie) Sipe; grandson, Wyatt James Joyce; mother-in-law, Francis Williams; and father-in-law, Owen Major. A funeral service to honor the life of Deborah will be held at 2:00 p.m., Friday January 28, 2022 at the Kingfisher First Baptist Church with pastor Kelly Kopp officiating. Burial will follow in the Kingfisher Cemetery. Viewing will be held at the funeral home on Thursday, January 27 from 10:00 a.m. – 8:00 p.m. Services are under the care and direction of Wilson Funeral Home Kingfisher.

Deborah Lynn (Sessions) Major was born November 26, 1956 in Ardmore, Oklahoma and passed away January 25, 2022 in Kingfisher, Oklahoma. On May 14, 1976 she married Stanley Major in Kingfisher. Deborah worked various jobs throughout her lifetime.... View Obituary & Service Information

The family of Deborah Lynn Major created this Life Tributes page to make it easy to share your memories.

Send flowers to the Major family.