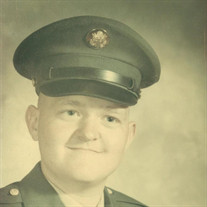 David O. Kochenower was born March 19, 1949 in Okarche, Oklahoma to Billy and LaDonna Kochenower and passed away December 29, 2021 in Dallas, Texas. David graduated from Kingfisher High School in May of 1967. He served in the United States Army from April 1969 to April 1971, spending most of his time with the 529 M.I. Company at Fort Hood, Texas. He worked for Bollenbach and Gilmour Inc. for 18 years in Kingfisher. On September 8, 1969 he married the love of his life, Rita Clair Dunham at the First Baptist Church in Bethany, Oklahoma. Later Rita went on to continue her education and graduated from Central State University in Edmond, Oklahoma in December 1987. They then moved to Mesquite, Texas in 1988, and both worked for Dallas Independent School District for over 20 years, Rita as a teacher and David in maintenance. David returned to Kingfisher in 2014 where he resided until 2021 before returning to Forney, Texas. David is survived by his sons, Chris (wife Judie) Kochenower of Houston, Texas and Scott (wife Sandra) Kochenower of Mesquite, Texas; sister, Violet Sapp of Pensacola, Florida; and grandchildren Brennan, Caelan, and Claire. David is preceded in death by his parents Billy and LaDonna Kochenower and wife Rita Kochenower. Services will be held at Kingfisher Church of Christ on, Tuesday, January 4, 2022 at 11:00am with interment to follow at Kingfisher Cemetery. Viewing will be held at Wilson Funeral Home (1612 S Main, Kingfisher, OK) on Monday January 3 from 11:00 a.m. – 8:00 p.m. In lieu of flowers the family request that donations be made to Ronald McDonald House of Dallas https://rmhdallas.org/get-involved/donate/, 4707 BENGAL ST, DALLAS, Texas, 75235

David O. Kochenower was born March 19, 1949 in Okarche, Oklahoma to Billy and LaDonna Kochenower and passed away December 29, 2021 in Dallas, Texas. David graduated from Kingfisher High School in May of 1967. He served in the United States... View Obituary & Service Information

The family of David Kochenower created this Life Tributes page to make it easy to share your memories.

Send flowers to the Kochenower family.